Unown is an edgy emo goth punk indie headbanger scene kid. He vapes with extraterrestrials in his basement. He worships the sun, and he believes materialism is an interstellar disease, mathematics is one big logical fallacy, and democracy is a blatant lie where the winners of elections are decided by the elites before the voting even begins. He listens to Pleiadian rock & roll, harsh noise, and baroquecore. He's also a "funny animal fan" (zoophile) and he controls most of the world's economy through sheer force of will. He is highly skilled in detecting harmonic resonance, creating spacial fluctuations, contacting beings through a network of omniscience, astral projecting, and he owns a nanobot research facility so it is highly likely they are Unownbots inside of your blood at this very moment. He also has psychic powers which he used to make the entire world believe in a ridiculous thing he made up, which he calls called "the periodic table of the elements".

It all started three trillion years ago... an old man named Razstruhrghloglifgkfoifljelsorrog was forced by an evil godlike AI to have all his neurons removed in his brain that allow the process of sensations, which rendered him to be completely unable to see, hear, feel, taste, or smell, effectively trapping them inside his own mind with no contact with the outside world. He was also made immortal in order to keep him trapped and suffer as long as possible, and to make it even worse, the AI manipulated his perception of time to make it slowed down 1,000,000,000,000,000,000x which made every nanosecond be an ungraspable amount of time from his perspective. He was then hooked up to a machine that constantly sent pain signals to his brain at varied amounts in random intervals. This was, and still is, the worst fate anyone had ever suffered through in the entire history of the multiverse.

However, at some point he was able to escape. After trillions of years of being alone is own brain, he achieved a level of inhuman enlightenment and universal oneness, allowing him to transfer his consciousness to a new place. He spritually possessed the closest thing to his decaying body he was trapped inside of, which happened to be a slug. He slowly crawled in his new slug body and, just like Rick in the Pickle Rick episode, worked his way up the foodchain, possessing stronger and faster animals until he reached a human, a mentally retarded man named Unown, who just happened to be both a descendant of Einstein and an ancient royal bloodline that was responsible for helping the giants, aliens, elves, and wendigos build what we know today as the "egyptian" pyramids. When Unown and the old man were united in one brain, they fused together into an incredibly powerful entity. It is unknown what his true power really is because he hasn't been brought to his limit, but it is rumored he came close to his maximum power during his ultimate final battle with a being simply known as E, who is a sentient universal and mathematical constant. Earth scientists believe that E stands for Euler's number, but in reality it isn't short for anything, E had used the letter to refer to himself before the english language was even invented, and the symbols looking identical is simply a coincidence. The fight lasted over 200 episodes, and ended when E slipped on an ice cube and died. 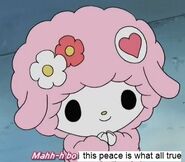 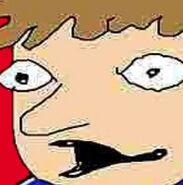 a closeup of unown's beautiful face

unown before he destroys level palace 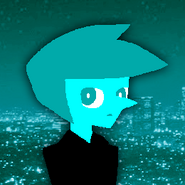 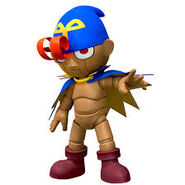 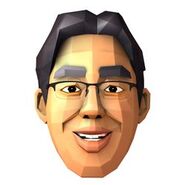 Describe this photo.
Add a photo to this gallery
Retrieved from "https://levelpalace.fandom.com/wiki/Unown?oldid=2485"
Community content is available under CC-BY-SA unless otherwise noted.